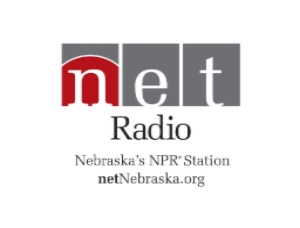 Love for Radio and Television Inspires Gift A rich accent is the first clue that Scottsbluff wasn’t Rae E. Whitney’s first home. She was born in England in 1927, so it’s no surprise that some of her favorite television programs on NET are ones about her home country. British dramas are her favorite, but she also enjoys BBC World News, as well as history and science programs such as NOVA. “I enjoy most of it,” she added.

In England, Rae graduated with honors from the University of Bristol and taught secondary school English and religion. She met her husband Clyde E. Whitney during a trip to Italy in 1960 where he romantically proposed after knowing her just a week. They were married six months later and she returned with Clyde to Nebraska, where he had been a priest at St. Andrew’s Episcopal Church in Scottsbluff since 1944.

“Clyde enjoyed public radio very much,” according to Rae. He first heard it on a trip through Iowa and was pleased when the statewide network launched in Nebraska. Clyde died in 1992, and years later Rae had the idea to support the radio he enjoyed and the television she still watches. “I wanted to do something for NET because my husband loved it so well and so do I,” she said.

Rae had money in a certificate of deposit that wasn’t earning much, so she explored several options, originally choosing to arrange a charitable gift annuity to benefit NET. “I felt like we owed quite a debt to NET and this way we both win,” she explained. “I get more income right now and NET benefits when I die.”

Rae says her life is good and hopes to live longer. She keeps busy teaching classes at Episcopal and Presbyterian churches, and enjoys book club and a philosopher’s club at the retirement community where she lives. She has written hymns most of her life, penning more than 500 texts, a number of which have been published in hymnals and supplements.

State of Nebraska: 708BC